These are some of the most adorable snow-white dog breeds that you will fall in love with instantly. From the beautiful Bichon Frise to the lovable Samoyed, these dogs are sure to make your heart melt.

Nothing spells C-O-U-N-T-R-Y more than classic country dog names such as Alabama, Dakota, and Indiana. Autumn, Big Red, and Benny are other awesome, feel-good names for your pooch. And if you think these don’t cut it, we’ve got several more name choices!

We all know and love dogs, but have you ever seen some of the world's strangest and most massive dog breeds? From the Neapolitan Mastiff to the Tibetan Mastiff, these furry giants are sure to make a big impression. 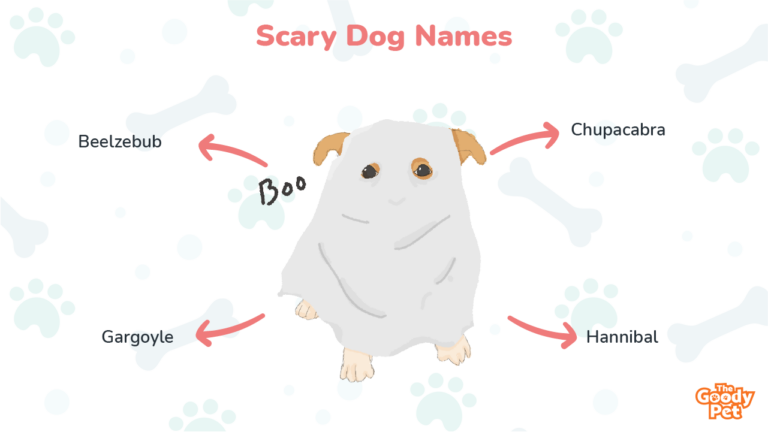 Scary dog names, such as Devil, Centaur, and Gargoyle, give off a magical feel with a touch of badass to it. Or you can go for legit scary names like Bogeyman, Demon, or Zombie. Epic characters from scary movies such as Hannibal, Annabelle, and Chainsaw are also awesome picks.

How Far Can Dogs Smell? Behold The Power Of A Dog’s Nose

Dogs can smell as far as 11 miles away as they have a part of their brain mainly devoted to analyzing smells, and the Jacobson’s organ to boost their smelling capability. Moreover, the nose of a dog has an average of 300 million olfactory receptors compared to the mere 6 million receptors of a human nose.

34 Healthiest Dog Breeds – According To Science

According to a study conducted by the University of Zurich, the healthiest dog breeds are Australian Cattle Dog, Basset Hound, Beagle, and the Border Collie. These dogs are least likely to experience health problems., which leads them to have a higher life expectancy.

Well known purebred German dog breeds are the Rottweiler and the German Shephard. Others are a little more obscure, such as the Dachshund and the Pomeranian.

Can Dogs Eat Chickpeas? Here’s Why They Can

Chickpeas are definitely healthy for dogs to eat, as long as they do not contain ingredients such as salt and spices that are typically meant for human consumption and are fed to the dogs in moderate amounts.