What Is A Jack Russell Chihuahua Mix?

A Jack Chi is a mixed breed dog type obtained from breeding female Jack Russell Terriers and male Chihuahuas. It is one of the most popular designer dog breeds in terms of appearance and temperament. Jack Chis typically fall in the small dog breed category, although they are usually larger than the Chihuahua parents. In terms of build, head shape, facial features, and coat characteristics, the appearance all differ from one Jack Chi to another. This difference also applies to their overall temperament.

What Is A Pitbull Chihuahua Mix?

A chipit is a mixed breed dog between a chihuahua and an American Pitbull terrier or other members of the pitbull dog type. Due to the vast differences in size and build, breeders prefer to have a pitbull female carry the offspring. This is because they tend to come out larger than the chihuahua parent and it is much safer this way. Again due to the differences, the general appearance of the chipit is difficult to predict or accurately describe with genetics playing a huge role in determining how the pups come out. However, one thing is for sure with these dogs and that is the fact that they come out as feisty, confident and energetic as both of their parents.

What Is A Chihuahua Pomeranian (Pomchi) Mix?

A Chihuahua Pomeranian mix is basically a cross between a Chihuahua and a Pomeranian. Thus, these pups possess the distinct traits of their parents – the thick and fluffy coat of a Pomeranian and the bulging eyes of a Chihuahua. Best way to describe a Pomchi is this: Think of a small, fluffy fox with a Chihuahua’s facial features!

What Is A Rat Terrier Chihuahua (Rat-Cha) Mix?

The Chihuahua Rat Terrier combines the cuteness of the Mexican Chihuahua and the affectionate playfulness of the original American Rat Terrier. These pooches are extremely low maintenance and notoriously affectionate towards their owners. Ratchis are also relatively small dogs with large triangular-shaped ears. But there is still a lot more about them you should know. In this post, we will be giving you all that info.

What Colors And Patterns Does A Chihuahua Come In?

Chihuahuas come in either long or short coats. Fawn, cream, and red are among the breed’s most common coat colors while solid white, solid black, brindle, and merle are the rarest colors and patterns of this breed. Your Chihuahua may also come with a black or blue mask.

What Is A Great Dane Chihuahua Mix?

Why Do Chihuahuas Shake So Much?

The reasons range from life-threatening metabolic disorders to psychological issues. In the sections below, we will take a closer look at 10 of the main reasons you should know, including cold, separation anxiety, and hypoglycemia.

Why Is My Chihuahua Fat? What Do I Need to Do? 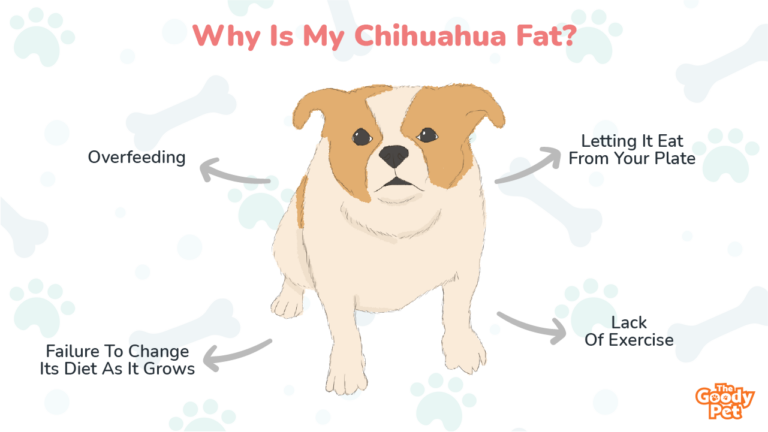 It’s easy for chihuahuas to gain weight due to their small body size. A little bit of overfeeding from every meal, an urge to pamper with dog treats, or a slightly prolonged period of days without exercising or movement can easily and subtly contribute to a Chihuahua’s weight gain. The weight loss program for Chihuahuas would involve not only the pooch eating less and moving more, but also the owner feeding less and carrying it less.

All 8 Types Of Chihuahuas, Explained!

There's no one "right" way to be a Chihuahua – and that's part of what makes them so special! In this blog post, we're going to break down all 8 types of Chihuahuas (including the Merle, which is the rarest on our list).