Also known by the name of Woodle, the Irish Wolfadoodle is one of the tallest designer dog breeds in town. The aim of developing the Woodle was to increase the short lifespan of the Irish Wolfhound, which up to now, is successful. However, it is the docile, loving, and goofy personality that will endear you to Irish Wolfadoodle.

A Miniature Poodle is a variation of the Poodle dog breed known for its medium-sized build that falls in between the larger Standard Poodle and the tiny Toy Poodle. Mini Poodles are in a lot of ways similar to both variations of the Poodle, in terms of needs and personality.

A Parti Poodle is a variety of the Poodle dog breed characterized by a coat that has white fur covering more than 50% of the body. They are usually two-toned, with the second, darker color appearing as patches randomly on the dog’s body.

What exactly is a White Poodle? A White Poodle is a purebred Poodle whose coat color is a striking, startling white, without any tinge of tan, cream, or yellow. The white coloration on their coat is a result of the action of a pair of recessive genes that block the formation of pigment in White Poodle’s coat hair.

Toy Poodles are technically a variation of the Poodle dog breed that is characterized by a height not exceeding 10 inches.

The Phantom Poodle is a variety of poodle that comes with a distinct color pattern on its coat, rather than a solid coat. Except for the color differences, the Phantom Poodle has similar characteristics to the Standard Poodle, including the same bodily appearance, same personality, and same level of intelligence. 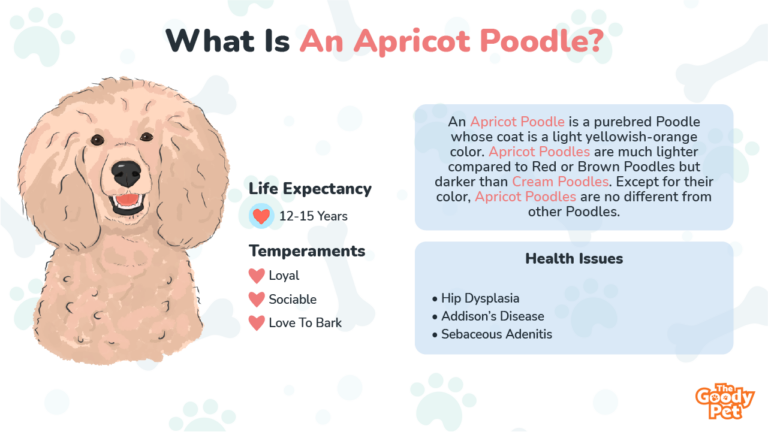 What are Bernedoodles? The Bernedoodle is a crossbreed of the Bernese Mountain Dog and Poodle. The Bernedoodle breed can manifest in several ways depending on their combination of genes, resulting in Bernedoodles of various sizes and colors. This designer dog is an intelligent, adaptable, and friendly breed. They are widely adored for their energetic and affectionate nature.