Pitbulls have a reputation for being the most dangerous dog breed. They definitely live up to this title not only in their temperament but also in terms of their appearance which is usually very intimidating. If you are interested in the Pit Bull aesthetic but with fewer personality issues, there are several dog breeds out there that actually look a lot like the Pitbull, particularly the American Pitbull Terrier.

The Boston Terrier has a very endearing nickname, “The American Gentleman”. This is due to the black and white tuxedo-like coat pattern.

Boston Terriers are often confused for black and white Pitbulls especially when there are brindle markings on the coat which is common with both of these breeds. One of the best ways to tell them apart is the size, as Boston Terriers are small dogs weighing 6 to 25 lbs.

The similarities end at physical appearance between the Pitbull and Australian Bulldog. This is because the latter is known for being a sweet, even-tempered, and loyal dog. This makes them fantastic for keeping as family pets as well as for first-time dog owners.

The Leavitt Bulldog was specifically developed as an ode to the original strong and healthy bulldog breed. It was developed by David Leavitt as an alternative to the numerous bulldog variations that had serious health issues associated with brachycephaly.

The Leavitt Bulldog resembles the Pitbull mainly in terms of the build with its boxy frame. The Leavitt is also a very muscular dog which causes even more confusion if you are not familiar with the two breeds individually.

The Boerboel is a mastiff type of dog and, like most other Pitbull lookalikes on this list, it has a very muscular and compact build.

However, unlike the Pitbull, Boerboels have droopy cheeks and distinctly floppy ears. Boerboels also have a signature black face marking with black far over the snout and around the eyes.

The Dogue de Bordeaux is another mastiff type of dog that resembles the Pitbull quite a lot.

At first glance, it is the similar short and straight coat that stands out the most with the Dogue having a very similar appearance to the red or brown Pitbulls. They are also built very similarly with a muscular torso and short, strong legs.

Dogue de Bordeaux dogs can be distinguished from the Pitty breed mainly by their face wrinkles.

The size difference is the main giveaway if you want to tell these two dog breeds apart. Dogo Argentino dogs are much larger weighing up to 100 lbs or more and measuring between 24 and 27 inches. They also have smaller eyes than the Pitbull.

The Presa Canario can easily be confused for American Pitbull Terriers with brindle coat patterns. This is especially likely when the dogs are in their young puppy stages.

However, as they grow older, the differences between the Presa Canario and the Pitbull become more evident. The size is the most important of these differences with full-grown Presa canario doggies weighing 110 to 145 lbs and measuring 22 to 25 inches in height.

The Alapaha Blue Blood Bulldog is a bull dog variation that was developed in the United States. This large dog can weigh between 50 to 90 lbs and measures 20 to 25 inches in height.

They not only resemble the Pitbull’s physical appearance with the Alapaha bulldog being favored as a guard dog due to its aggressive and confident personality. This is definitely not the kind of dog you keep as a family pet or if it is your first time owning a dog.

The Cane Corso has just as bad of a reputation as the Pitbull and is one of the most commonly banned dog breeds around the world. Like the Pitbull, Cane Corsos were bred for use in dog fighting, bull baiting, and other blood sports which is why they are so problematic in terms of personality.

Physically, the Cane corso has a similar muscular build and facial silhouette to the Pitbull. However, Cane Corsos have saggy cheek folds.

The Ambullneo Mastiff is a relatively recent dog breed having only been developed in the late 1980s. These dogs resemble the Pitbull so much because Pitties were actually used in the development of the breed. Ambullneo mastiffs are essentially a mix of American Pitbull Terrier, American Bulldog, and Bullmastiff bloodlines.

The Ambullneo gets its large head and wide set eyes from the Pitbull and the large 150-pound weight from the Bullmastiff ancestry.

Frenchies and Pitbulls are worlds apart when it comes to temperament. However, they have several physical similarities including the compact build, large head, and wideset eyes.

One of the main differences between French Bulldogs and Pitbulls is the fact that Frenchies are much smaller and actually fall within the toy dog breed category.

French Bulldogs also have very distinct large, perky ears with rounded tips unlike the Pitbull’s much smaller and semi-droopy ears.

Like Frenchies, Pugs are the exact opposite of Pitbulls in terms of temperament with their sweet nature, laid back vibes, and gentle predisposition. Physically, however, there are a few similarities to the volatile breed including the muscular and boxy body build.

A key difference between Pugs and Pitties is the fact that Pugs have a short snout and a flat face in general. They are also very small and have wrinkly skin all over their bodies.

Rottweilers once held the title of most dangerous dog breed which Pitbulls now have. In addition to a few similarities in personality traits, Rottweilers and Pitbulls have some physical similarities.

These include the large head, short, smooth coat, and muscular build. The similarities are more obvious between Rotties and Pitbulls that have solid black or black and tan coat types.

However, Rottweilers are much larger and have close set eyes than the Pitbull.

The Olde English Bulldogge is just as interesting as its name’s spelling. The breed was developed from a mix between breeds like the Bulldog, Bullmastiff, American Pitbull Terrier, and the American Pitbull.

It is actually related to the Leavitt Bulldog which was developed around the same time and for the same purpose of creating healthier Bulldog variations.

The Olde English Bulldogge has a similar build to the American Pitbull Terrier especially with the wide chest.

However, the general similarities especially when it comes to the muscular build and boxy silhouette are difficult to ignore.

Both the English Mastiff and Pitbull dogs also have similar short and smooth coats.

The Bullmastiff may not be as large as the English Mastiff but it is still significantly larger than the Pitbull. Bullmastiffs weigh 90 to 130 lbs and can grow up to 27 inches in height.

They are similar to the American Pitbull Terrier in terms of build but have a bit more proportion with their more slender frame.

Bullmastiffs also have a brachycephalic facial structure which helps distinguish them from Pitbulls that have long snouts.

The Bull Terrier is a weird looking dog with its large, egg-shaped head. However, this unusual aesthetic is a part of its charm and the reason why it is such a popular dog. Bull Terriers share some ancestors with the American Pitbull Terrier which is why you will notice similarities especially in the body build.

Bull Terriers and Pitbulls also have a similar personality with both dogs being infamous for their stubborn and volatile nature.

From a distance, it may be difficult to tell a Boxer apart from a Pitbull especially if they have similar coat markings. This is because both dogs are muscular, with a similar short, straight coat and have similar semi-erect ears.

However, on closer inspection you will notice that the Boxer has a much smaller head than the markedly large one that makes Pitbulls unique. Boxers also have a slightly narrower chest and torso.

The American Bulldog is one of the most popular dog breeds in the United States. These doggies were bred both for use as working dogs and in blood sports.

They have a similar build, coat, and skull features as the Pitbull. However, American Bulldogs have shorter muzzles and slightly saggy cheeks.

American bulldogs are also different in their personality and are generally much easier to train and live with than the reactive Pitbull.

The Staffordshire Bull Terrier is one of the most popular members of the Pitbull group in the United Kingdom. This breed variation was bred from Old English Bulldogs and Old English Terriers which is a similar ancestry to the American Pitbull Terrier.

The American Bully is another member of the Pitbull group of dogs but this one is a lot more popular in the United States. Compared to the Pitbull Terrier, Bullys are different in that they have shorter legs and are incredibly muscular especially if they are allowed to play a lot.

In terms of personality, American Bully dogs are much easier to deal with than Pitbulls. They also tend to be clingy and have been described as lapdogs by many owners.

What Dog Is Stronger Than A Pitbull? While the Pitbull is a strong and formidable dog, it is far from the strongest dog breed. There are many other dogs that are much larger and stronger and would easily kill the medium-sized Pitty in a fight. These dogs include:

Are Pit Bulls Good Family Dogs? Pitbulls are not good family dogs especially in homes with children. These dogs are highly reactive and are not always tolerant of handling especially by children. Even with obedience training and early socialization, there is always going to be a risk that the Pitbull will have a violent outburst at some point. 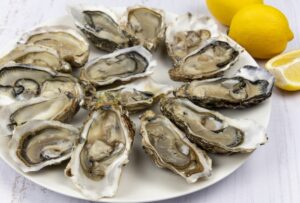 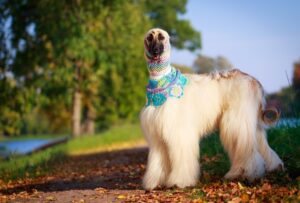 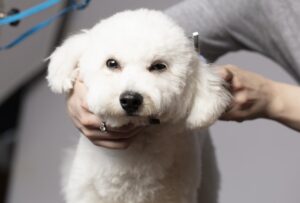 Dog Groomers Based In Phoenix, Arizona