Everything You Need to Know About a White Dachshund

I found out that there are actually two types that can be full white Dachshunds – Double Dapples and Albinos. Interestingly, there is a common denominator between the two aside from the coat color. They are both predisposed to a certain health issue unique to these kinds.

All the colors and patterns of the Dachshund! Gonna Catch'em all!

Check out our stores at Teespring by clicking on the Shop Now! button or RedBubble for more TheGoodyPet Apparels.

This is why if you are looking to bring into your home a white Dachshund, it helps to understand these dogs very well. We will cover important topics about this canine including health, grooming tips, and features that set them apart from other Dachshund types.

Can Dachshunds Have White On Them? The Albino And Double Dapple Dachshunds

The short answer to that question is a Yes.

Dachshunds can have white markings on their coats. In fact, others even have a full white coat, although this is not as common as your darker-colored ones. Both the UK Kennel Club and the US Breed Standard do not recognize white Dachshunds.

The latter, however, indicates that a type of Dachshund such as the Piebald can have some white markings on their coat. They have been accepted as a standard breed for dachshund.

As mentioned earlier, white Dachshunds can either be an Albino or a Double Dapple. Let us take a look at the two and what’s unique about each of them.

Albino Dachshunds lack the genes required by the body to produce melanin or the pigment that impacts hair and skin coloring. Thus, these dogs have white coats. They also have pink skin around the eyes, making their eyes appear quite pinkish.

It is important to note that Dachshunds with white coats are not necessarily albino if they have dark noses or eyes. It is the pink skin, pinkish eyes, and pink nose that define them as albinos.

As for the Double Dapple Dachshund, this dog often has blue eyes. These canines do not have a full white coat. Instead they have white markings on the paws, tip of the tail, nose, and the band around their necks. It is also typical of these dogs to have a deformed eye.

Just like any dogs, it is expected that Dachshunds will develop some health problems over the course of their lifespan. But with great care, you will be able to ensure your dog’s health and longevity over time.

Dachshunds have short legs, which make them prone to Intervertebral Disc Disease or IVDD. As a result of this unique anatomy, their backs become very fragile and prone to disease. The most common symptom of this disease is limping among this dog breed.

In the case of white Dachshunds, these dogs are at a high risk of suffering from blindness and deafness. There are also some white Dachshund puppies born without eyes at all.

Additionally, knee dislocation and hip dysplasia also commonly affect a Dachshund. If you notice your pet wobble or limping while walking, it is a potential sign of this hereditary ailment.

To address these typical conditions among Dachshunds, it helps to provide proper nutrition to your pooch.  Doctors recommend that Chondrodystrophic dogs such as Dachshunds are given a diet that is high in protein and with a moderate amount of carbohydrates and fat.

Preventing obesity is key in Dachshunds so that the body weight do not add unnecessary stress to their bone structure.

The Ketona Chicken Recipe Dry Dog Food  is an excellent choice because it is grain-free, which makes it 85 percent lower in carbohydrates than other grain-free brands. As for the protein content, it is a whopping 46 percent that is sourced from antibiotic-free, non-GMO quality meat.

As this dog food is free of additives and fillers, you can be sure that your pooch is getting the right nutrients that will support the proper growth, development, and reduced risks of certain congenital diseases. 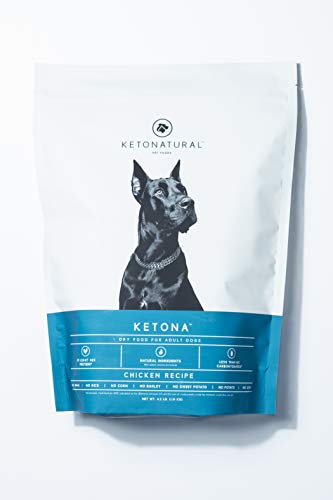 HIGHLY RECOMMEND: 8 of the best healthiest dog foods to invest for the future of your pooch’s health.
Check them out by clicking here!

We have already covered the common health problems with Dachshunds, and now, let us talk about the health issues with the Albino and Double Dapple Dachshunds.

Since Albino Dachshunds lack melanin, these dogs are photosensitive. They are more sensitive to the sun’s UV rays than dogs with darker coats. This is why it is not advisable for them to stay outdoors for long hours.

If you walk your dog  during the day when the sun’s heat is at its peak, you should use a skin protection product. Emmy’s Dog Sun Skin Protector Spray is a fantastic product that shields the skin from harmful UV rays. It is also non-toxic, non-greasy, and nourishing to the skin. 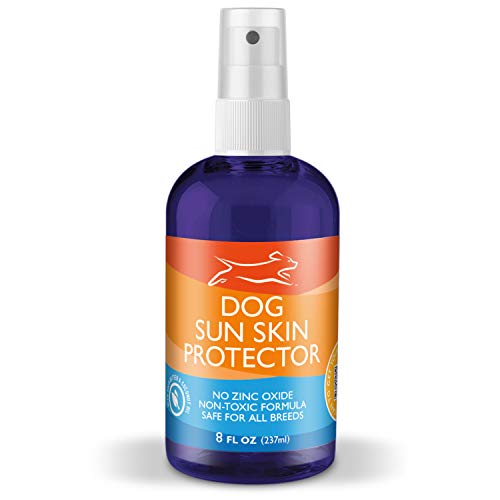 As for Double Dapples, these dogs are at an increased risk of hearing and vision loss. In fact, these Dachshunds are often born blind, usually one eye or both. Some may even be born with just one eye or none at all. These conditions reduce the quality of life of these canines.

To assist a blind pooch transition to becoming more familiar with the new environment, the Muffin’s Halo Guide for Blind Small Dogs can be very helpful. This 3-piece device includes a head protection, a wing, and a harness. The halo serves as a buffer to protect your dog’s face, nose, and head from contact, thus minimizing injury and accidents. 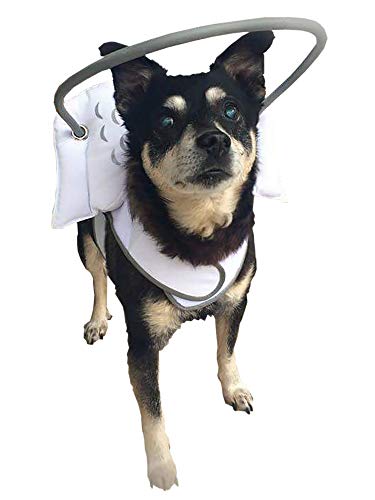 Because of these genetic abnormalities that Double Dapple Dachshunds possess, they may only end up passing on these conditions to their litter. This is why conscious breeding is a very important practice to lessen these issues.

In addition to feeding your Dachshund right, grooming is an essential practice to keep your pooch healthy and thriving.

The good news is that you can do this at the comfort of your own home. And these are very easy techniques that any pet owner can do for their beloved canines.

White Dachshunds, in particular, require regular grooming as this can make them less susceptible to skin issues, infections, and matting fur. On a practical level, they need consistent grooming since they are prone to stains and dirt sticking on their immaculate white coats.

I recommend a powerful, yet mild shampoo designed specifically for white dogs. The Veterinary Formula Solutions Snow White Shampoo eliminates yellowing and stains to bring out the natural whiteness of the coat. This is all possible without peroxide or bleach in this shampoo. 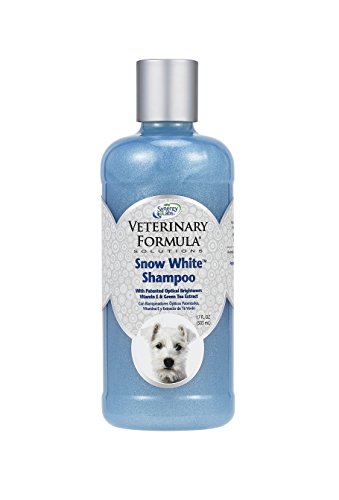 Moreover, the shampoo comes with a long-lasting citrus fragrance. Aside from keeping your pup’s coat clean, fresh, and naturally white, it also helps your pet smell great.  With a pH balanced formula, this shampoo is also suitable for white Dachshunds  with sensitive skin.

After bath time, be sure to brush your pet’s coat well. White Dachshunds with long hair will need to have their coat bruised twice a week to prevent the fur from matting. Regular brushing also eliminates itching and skin issues that often arise due to poor grooming techniques.

SPOTLIGHT: Has grooming your dog regularly become a chore? If so, you are definitely missing out on 8 of the Absolute BEST Dog Deshedding Brushes that makes brushing Fido a breeze.
> Learn more

How Rare Are White Dachshunds And How Much Do They Cost?

White Dachshunds are actually hard to come by.

It is more common to find Dachshunds with darker coats or those with brown coats with some white in them.

But when it comes to Dachshunds with a full white coat from the tail up their noses… This is not quite a very typical thing. Although, yes, there is such a thing.

Because of their rarity, it is expected that these dogs are a little pricier than the other types. In fact, you can expect to find these dogs at a rather steep price reaching up to $1,000 or higher. It can be hard to find one that is cheaper than $200.

The same holds true for Double Dapples, with a price tag revolving around the same range. Furthermore, female Double Dapple and white Dachshunds are more expensive than males.

When buying a white Dachshund, be sure to consider checking thoroughly the breeder’s reputation. You need to request for the dog’s certification of health and only opt for one that has their health screened.

A cheaper option to owning a white Dachshund is by going to your local rescue center. However, do take note that with the rarity of these dogs, they are not very easy to find in such places. But if you do have the opportunity to find one, it should not cost you over $200 in most cases.

How Can You Tell If A Dachshund Is Purebred? Purebred Dachshunds have long and broad shoulders without any loose skin. Their tails are also straight with a distinct, slight curve. The back and front legs are also straight and should not turn in or out. The loins are well-arched while the backend and pelvis are strong. Lastly, their necks and trunks are both long and muscular.

What Is A Harlequin Dachshund? As the term “Harlequin” implies, a Harlequin Dachshund has a comical appearance. Their color pattern includes shades of blue and fawn, somewhat like a Dalmatian that tends to be a bit spotty. They are adorable dogs with a fun-loving and light temperament.

Do All Dapple Dachshunds Have Blue Eyes? Dapple Dachshunds tend to have blue eyes when the dappling is found on the face. It is the dapple or merle that makes the eyes appear lighter instead of the usual brown found in other Dachshund types.

How To Properly Leash Train Your Puppy

Teaching a young dog to behave on the leash is easier than teaching an adult dog. If you have a puppy, it is...
Read more

The Bombay cats are the best well-known all-black cat breed.These playful and affectionate lap cats are covered in a glossy black coat making them look like panthers. The Persian and British Shorthair cats also come in black coats as well as other breeds in this list.

The Turkish Angora cats are one of the most sought-after black and white breeds. American Curls and Oriental Shorthair are also well-liked breeds that come in the admired color combination.

TheGoodyPet.com is a participant in the Amazon Services LLC Associates Program, an affiliate advertising program designed to provide a means for sites to earn advertising fees by advertising and linking to Amazon(.com, .co.uk, .ca etc)