How Much Does A Siberian Husky Cost? 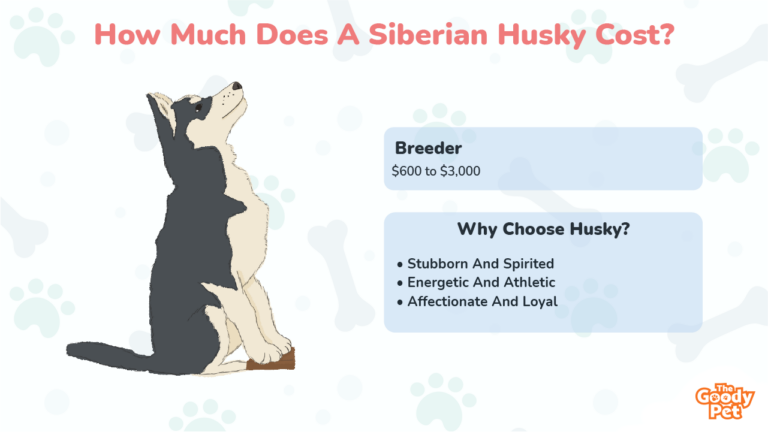 The price of a Siberian Husky can range from $600 to $3,000, depending on the breeder and the dog’s lineage. These dogs are energetic and need a lot of food. They also require a lot of grooming because they shed a lot. The monthly costs for taking care of a Siberian Husky typically amount to $100, at least.

Adorable Horgis are hybrid dogs that are a combination of a Husky and a Corgi. Short, long, and low, there’s simply a lot to love about them. Internet sensation Pomskies (Pomeranian + Husky) and the huggable Hug (Husky + Pug) are also some of the well-loved small Husky hybrid pups out there.

Did you know that there are dozens of Husky mixes out there? For instance, there’s a Goberian or a Golden Retriever + Husky, a Huskimo, which is a hybrid mix of an American Eskimo and Husky, and the courageous Gerberian Shepsky or a combo of the German Shepherd and a Husky. The list goes on!

What Colors And Patterns Does A Husky Come In?

Siberian Huskies come in a variety of aesthetics with varieties including 2 coat types, 13 colors, 8 patterns, 5 eye colors. This includes common brown eyes or black and white coats as well as rare parti-color eyes and even exotic, white Huskies.

The White Alaskan Husky is an unofficial breed, a mixture of different dogs. Their unusual characteristics make them excellent for cold climates. Their sparkling eyes and wolf-like appearance make them resemble Siberian Huskies and Alaskan Malamutes, but Alaskan Huskies are a bit taller than their Siberian counterparts.

When we hear the words “Alaskan Husky,” the first thing we think about is either the Alaskan Malamute or the Siberian Husky. Although many tend to confuse these breeds, we know that Alaskan Huskies are an athletic sled dog breed that is an “impure breed.” So, your Alaskan Husky doesn’t make it to the Kennel Club list.