When the Hernandez family went to the advanced screening of the new animated movie DC League of Super Pets on July 25, 2022, they didn’t know they were in for a surprise.

Actor Dwayne “The Rock” Johnson, who voiced the character of Krypto the Super-Dog in the movie, posted on his social media accounts on July 26 the delightful surprise he made on the Hernandez children by introducing a rescue puppy they would be adopting.

The Hernandez children have always wanted to adopt a dog for years. Before the movie screening, their parents were working with the nonprofit animal welfare organization, Best Friends Animal Society, to find a suitable dog for their family.

It was through the help of the organization and Warner Bros Pictures that the 50-year-old actor agreed to surprise the family to make the moment extra special.

Johnson attended the screening at a Playa Vista cinema in the Westside area of Los Angeles, dressed as Krypto, the dog sidekick of Superman. The actor in a big white dog suit even posed with the audience in the lobby without anyone knowing who was behind the costume.

Later, when he took to the stage to introduce the movie, he removed his mask to reveal his true identity to the wonderful surprise of the audience.

Johnson then called on stage the Hernandez family to tell them that he had a gift for them. He then brought out the cute little chocolate-brown puppy, named Quail, and presented it to the Hernandez children.

On his social media page, with an accompanying video, he wrote, “stuff like this will always be the best part of my job. I LOVE surprising audiences of our @sevenbucksprod films, but this #DCSuperPets screening surprise was special.” He continued that the best part was finding a new home for Quail.

One week before the screening, Johnson, together with his co-star in the movie, Kevin Hart, released a video on their social media page introducing four puppies that are looking for new homes.

The video shows the two actors discussing jokingly what superpowers each dog possesses. One blonde puppy, named Sparrow, was deemed to have mind-reading powers. Stork, a black puppy, looks like it has stealth powers, and Quail, heat-vision powers. The last dog, Dove, a tan puppy with white furry socks, didn’t get one but got the vote of Johnson as his favorite.

The puppies were all part of Best Friends Animal Society and Johnson’s Seven Bucks Production’s partnership to raise awareness about the killing of dogs and cats in shelters to control the pet population.

The organization works to find “unadoptable” dogs and cats to find new homes. Since its founding in 1984, the number of animals euthanized in shelters has dropped dramatically from 17 million a year to around 355,000.

Julie Castle, chief executive officer of the organization, said they are grateful for the partnership. “Getting the opportunity to work with influential talents like Dwayne Johnson and Kevin Hart and having them mention our cause helps us reach so many individuals who can help us achieve our goal,” she said.

The organization aims to stop the killing of shelter animals in the US by 2025. 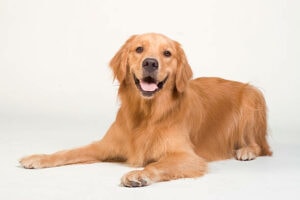 Chihuahua Killed By Cougar In California

Meet The Winner Of The 2022 National Dog Show