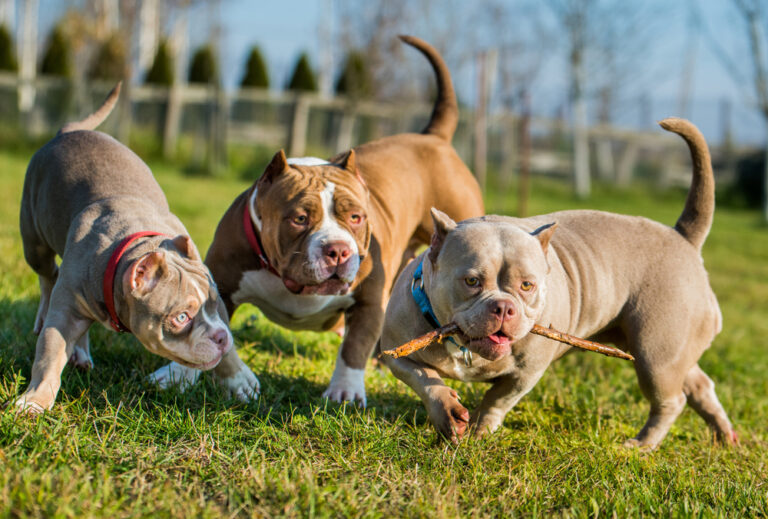 One major difference is that English Bulldogs have shorter muzzles and flatter noses than their American cousins. American Bulldogs are more active pups with a higher energy level than their British counterparts. This will explain why they generally live longer and healthier than English Bulldogs.

An American Bulldog is a well-balanced muscular dog of the Mastiff group and a descendant to the English Bulldog. This canine is a perfect combination of a lap dog, watchdog, and cool-headed dog. And if lucky enough to own one, then you’ll have gotten your best lifetime friend!

The Blue American Bulldog is a muscular dog that belongs to the family line of the English Bulldog. This well-balanced dog of the Mastiff group is an impressive combination of a calm dog, a watchdog, and a lap dog. If you have one in your family, you will be glad that you made the decision. 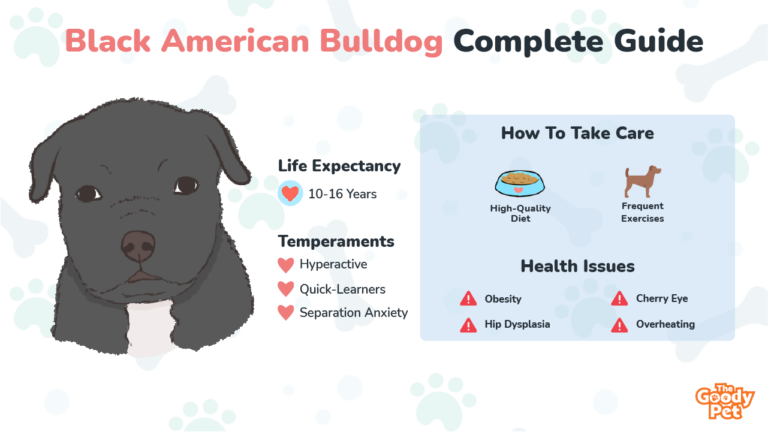 Black American Bullies are a mix of American Pit Bull Terrier, Bulldog, and Staffordshire Terrier, and they come in an all-black coat. However, black is not the correct color for an American Bulldog. Traditionally, American Bulldogs are often white with patches of red, brindle, and black.

The Johnson American Bulldog originated from the Old English Bulldog, which was brought to North America by working-class immigrants who wished to see their working dogs help on the farm. Instead of growing concerned about maintaining breed purity or certain genetic traits, early farmers ensured that the dogs were bred with the best working features for all-around farm work.

A White American Bulldog is a large, white bulldog breed belonging to the Mastiff group and a descendant of the English Bulldog. It is initially bred to be a working farm dog rather than be housepets. However, in recent times, this breed has evolved into loving family dogs.

The Bullador is a combination of the social butterfly Labrador and smushed-faced Bulldog. We also have the wavy-coated Boodle, part Bulldog, and part Poodle. The comical Bullhuahua joins our list – a tiny Bulldog mix, thanks to its Chihuahua parent.